In this post we will discuss mainly about what are system calls, why do we need it and how to implement it.


What is a system call ?

To understand this first we would ask ourselves what are the stuffs the OS(read kernel) needs to do ?


So, system call is an interface through which user space applications request the Kernel do perform the operations listed above.

An example would be , the user space requests to open a device(hardware).

In short we can say that the System call is an interface between user space processes and hardware.

Why do we need system call?

The system call interface in Linux, as with most Unix systems, is provided in part by the C library.

We will see How System call works using a example of printf() call in userspace. 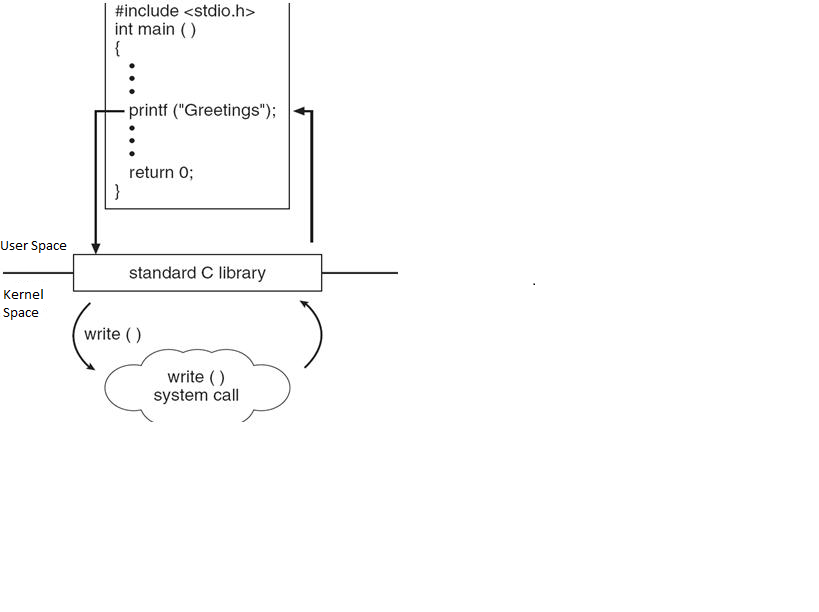 For example, the system call getpid() is defined to return an integer that is the current process's PID.
The implementation of this syscall in the kernel is very simple:

How to implement system calls?

Adding a system call is an easy task. But it is the implementation that has to be done carefully.

Now we will see what are the steps used to implement a system call.