In this post we will discuss about the boot process of Android operating system. As the Android is based on Linux Kernel , so its boot process will give good idea about Linux boot process also. Most android based systems run on ARM processors.

First of all we will see the meaning of various terms that is used in the android boot sequence.


Let's see what happens when a user presses power ON button-- 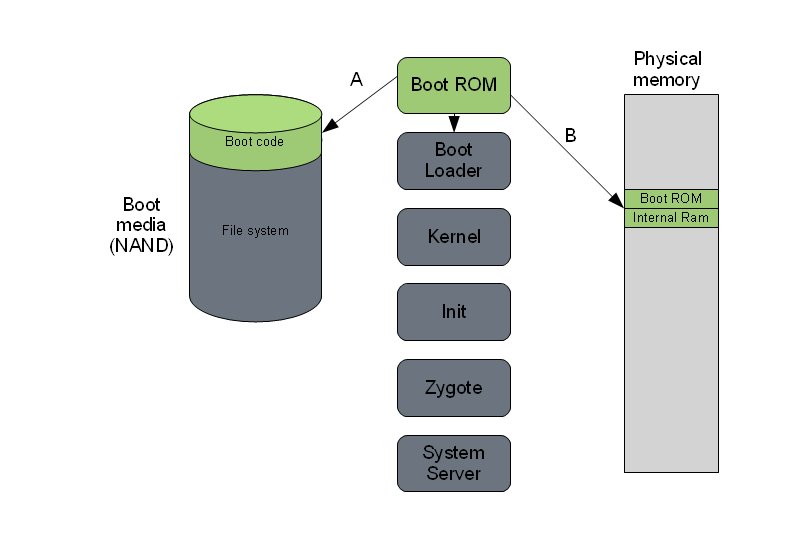 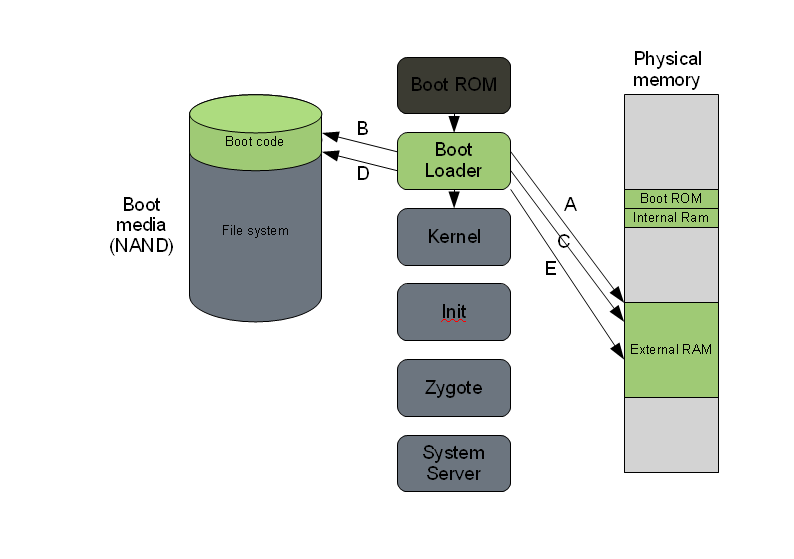 3. The Linux kernel
The Linux kernel starts up in a similar way on Android as on other systems. It will set up everything that is needed for the system to run. Initialize interrupt controllers, set up memory protections, caches and scheduling. 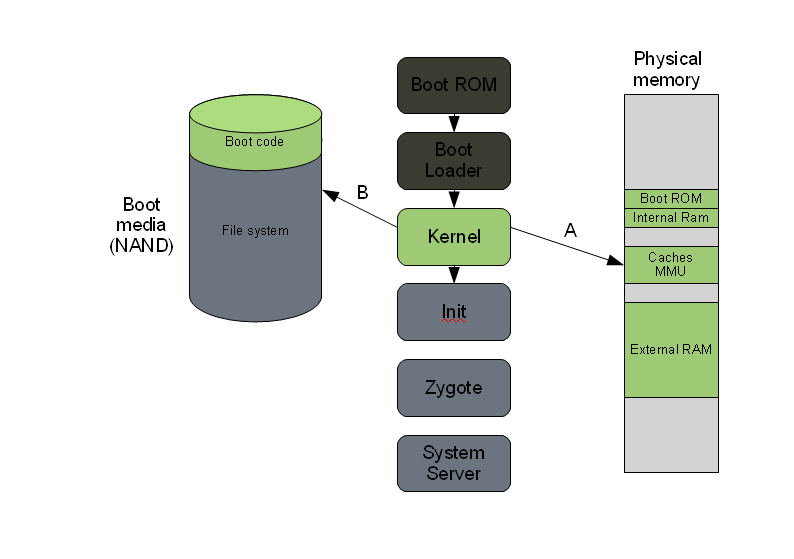 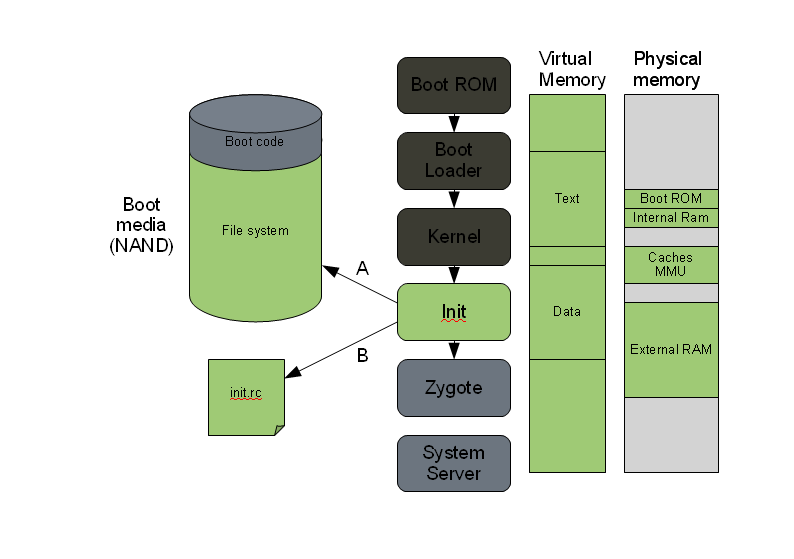 init it very first process, we can say it is root process or grandmother of all processes. init process has two responsibilities 1. mount directories like /sys, /dev, /proc and 2. run init.rc script. 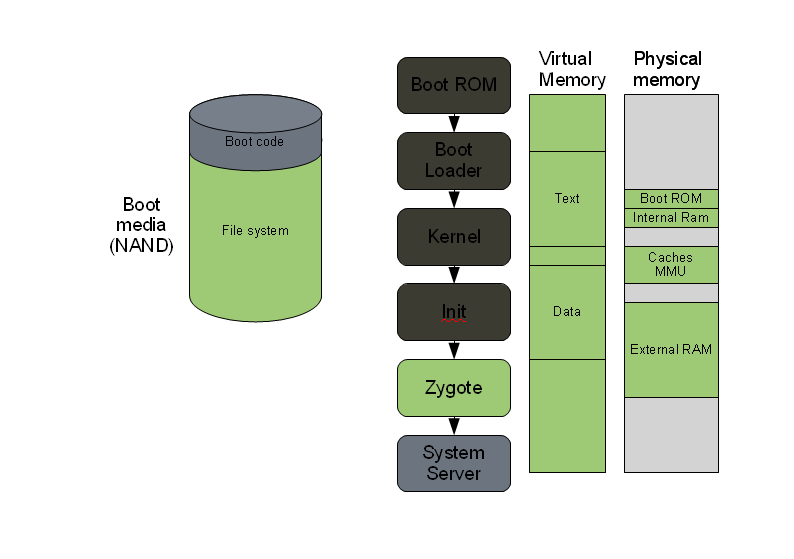 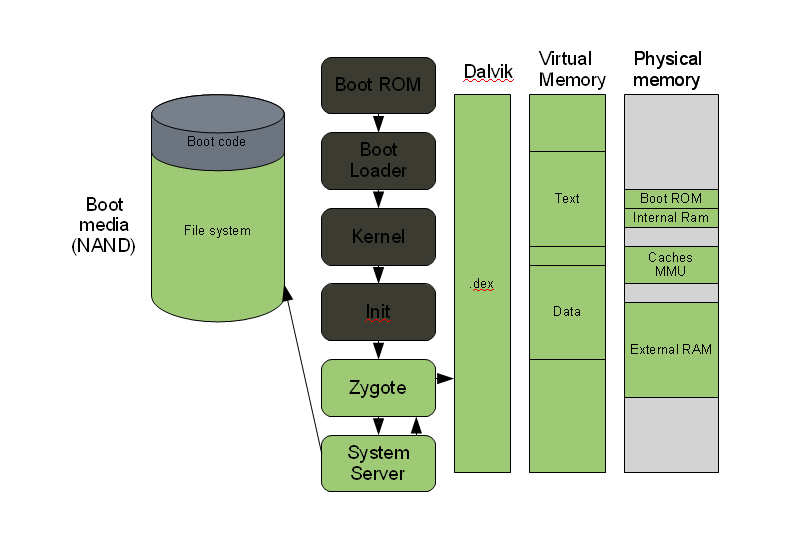 Once System Services up and running in memory, Android has completed booting process, At this time “ACTION_BOOT_COMPLETED” standard broadcast action will fire. Ref: https://androidmaterial.blogspot.com/2013/03/in-depth-android-boot-sequence- process_16.html
Posted by pk007 at 12:32 PM